Sometimes the internet provides you with a post so good that a frisson of joy can wash over you. That monkey smelling his finger, that panda scared by its cub sneezing, this Oldsmobile Quad 4 Aerotech go kart.

And unlike those stupid international laws preventing me from owning that panda, I could theoretically own this go kart. And boy do I want to. Because not only does it look amazing, it actually is tied to the experimental race car.

According to the ad, this is one of just 70 go karts made for Oldsmobile dealers by Bird Manufacturing! That makes this kind of official and, in my demented mind, gives it provenance. Pebble Beach, here I come!

The ad seems to indicate that the kart runs and it powered by a 3 hp Briggs and Stratton engine, all of which makes sense. 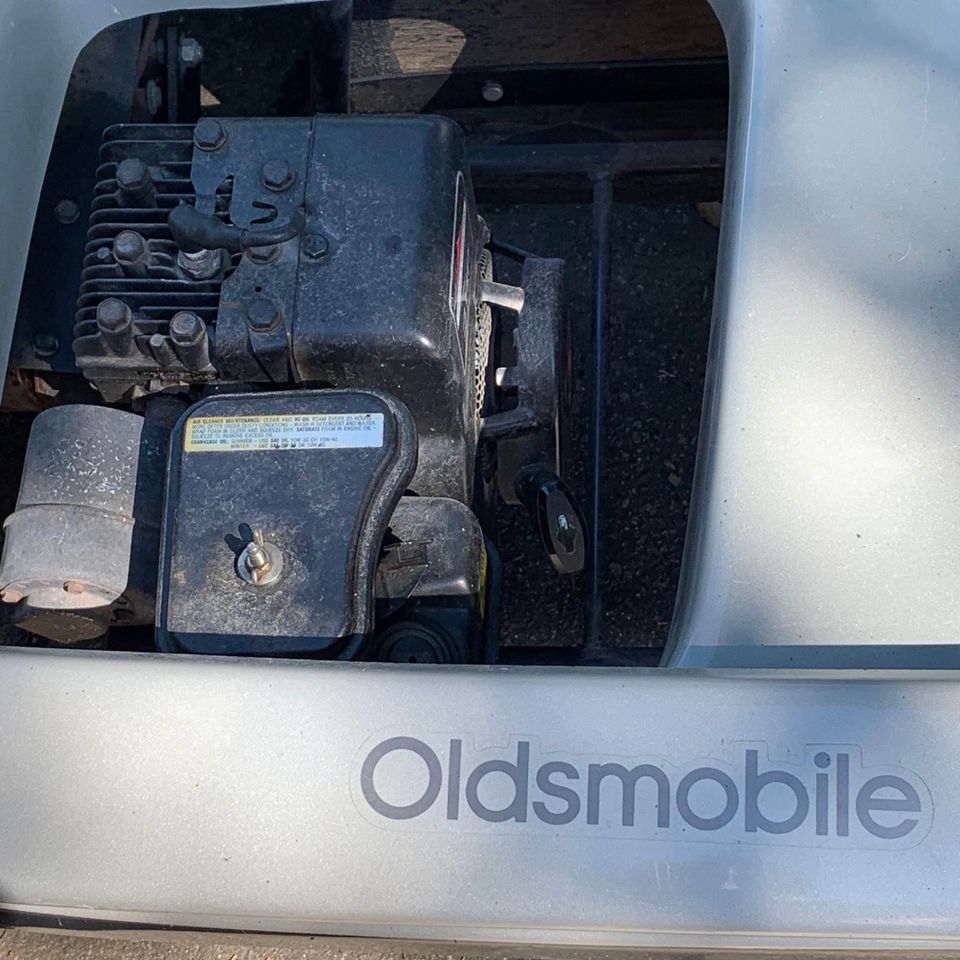 If you aren’t aware of the Oldsmobile Aerotech Quad 4, it was one of a series of high-speed test cars designed to test the bounds of Oldsmobile tech. The Quad 4 was named after the engine: an inline 4 that had 4 valves per cylinder. All of which was pretty fancy when development started in 1984.

The engineers were pretty proud of themselves, so they asked that a special test vehicle be designed to show it off. And they got it. Top brass okayed a carbon-fiber car designed to be as light and aerodynamic as possible.

And although the body may look a little primitive to our eyes, it was actually very clever. Oldsmobile knew that just pushing the coefficient of drag ever farther into the thousandth could only get them so far.

The team added movable veins under the car allowed it to change the shape of its underbody tunnels. This meant the car could generate huge downforce, but could be optimized for different circuits.

I presume the shape is less aerodynamic when your head and torso are popping out of the top of it, but hey, that won’t prevent you from pretending.