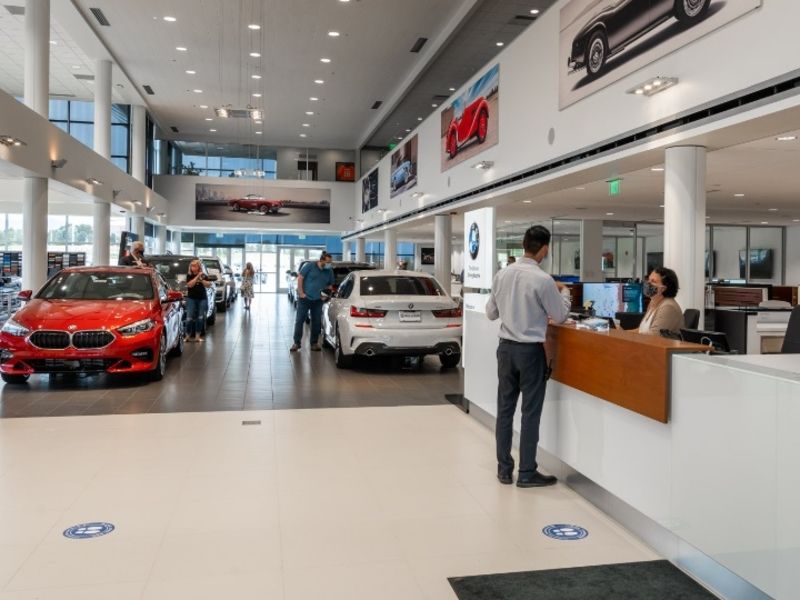 At Schomp Automotive Group’s three luxury-brand dealerships in Utah and Colorado, a handwritten letter isn’t a relic of a bygone era.

Customers get personalized notes — complete with a general manager’s signature and, often, a direct phone number — multiple times a year, including after they purchase a vehicle, if they schedule a pickup and delivery for service or if their lease is coming to an end. Schomp has sent about 9,000 notes among its BMW, Mercedes-Benz and Porsche stores over the past year.

But its salespeople don’t have cramped fingers or ink-stained hands. That’s because there’s a twist: the “hands” writing those notes belong to an army of robots in an Arizona office.

The automated authors are owned by Handwrytten, a 7-year-old company that lets customers such as Schomp send messages en masse with humanlike detail.

The robots actually hold writing utensils — Pilot G2 1.0 mm pens with blue ink, to be specific — and Handwrytten has a couple dozen writing styles to choose from. A customer can even upload a specific writing style and signature, allowing the bots to create an authentic replica on personalized stationery.

“It’s a way for us to have that kind of human touch at scale,” James Kurtenbach, Schomp Automotive Group’s marketing director, told Automotive News. “We wish we could sit down and write all those but it’s not a possibility.”

Handwrytten has sent more than 3 million cards on behalf of some 70,000 customers since the company was founded. Aside from dealerships, Handwrytten is popular among real estate agents trying to close a sale, universities reaching out to alumni donors and subscription-box companies thanking customers for their business.

Handwrytten has 115 patent-pending robots, designed and built in-house. The letters come in robot-addressed envelopes and can include space to attach a gift card or loyalty card.

Although the company has worked with dealers in the past, this year it launched an automotive-focused vertical and is hiring salespeople to grow that part of its business, according to Jarrod McMahon, Handwrytten’s vice president of sales who was hired this year from used-vehicle subscription service Fair. He said the company has about 100 dealer customers and that many have found creative uses for the cards.

Some send them on Christmas. Others use them as a replacement for service mailers.

Last year, a dealership sent notes to its entire contact list to thank them for their support during the height of the coronavirus pandemic. Some retailers even use Handwrytten to send birthday cards to their employees.

“When we launched, we thought it would just automate a process for what sales people should normally do,” McMahon said. “They’ve used it a ton of ways compared to what we originally thought.”

At Schomp’s stores, Kurtenbach said the Handwrytten cards are largely meant to replace generic mailers that often get tossed in the garbage.

“It’s not, ‘Hey, get a lease payment on a 3 Series,’ ” Kurtenbach said. “It’s more, ‘Hey, we know this thing about you, we want to introduce you to this particular product or we want to introduce ourselves as a new store.’ We want them to feel like they have a better connection with us.”

Kurtenbach said Schomp has been working with Handwrytten for the past year but before that used a now-defunct company called Bond to send similar letters. He said the return on investment is difficult to measure but noted the group does see a real impact.

“When people call, they mention the note,” he said. “We feel it has a better return than those mass mailers. I think people just throw away the stuff that doesn’t look genuine.”

It also helps that not every letter is trying to sell them something. Kurtenbach said some of the notes are more of a goodwill check-in to let a customer know who to contact if they need anything.

“Genuine touch points have an advantage right now,” he said. “I think some of the classical automotive direct-mail pieces can be kind of abrasive. This gives us an opportunity to be on the complete opposite side of the spectrum where it’s a thoughtful piece of communication.”