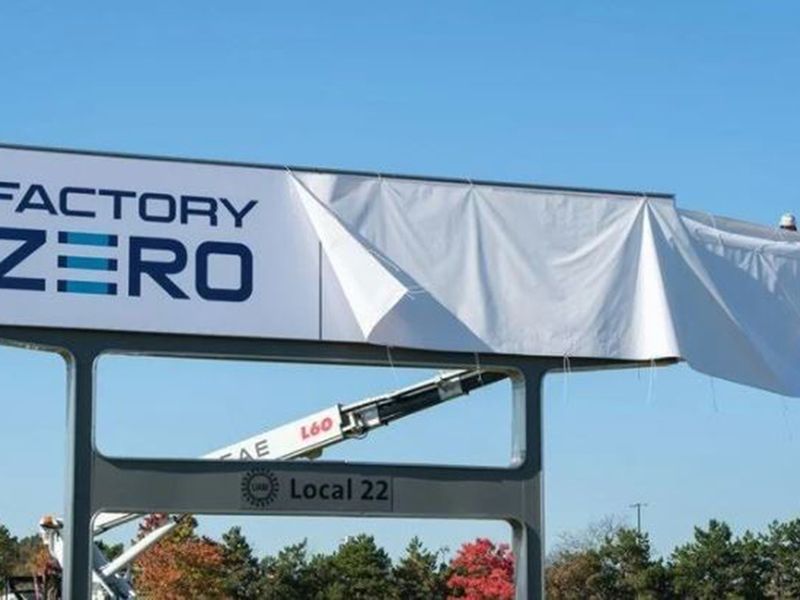 DETROIT — General Motors plans to build a battery-powered version of its top-selling U.S. nameplate — the Chevrolet Silverado — at an electric-vehicle plant in Detroit.

The pickup — designed as an EV from the ground up — will be powered by the automaker’s Ultium batteries with a GM-estimated range of more than 400 miles on a full charge, the company said Tuesday. It will face a slew of upcoming electric pickups, including a battery-powered version of the Ford F-150 and Rivian’s R1T.

GM also confirmed that it plans to make the 2024 GMC Hummer EV SUV, which debuted last week, at the Detroit plant. By 2024, AutoForecast Solutions expects GM to build 23,000 Hummer SUVs per year.

“The vehicles coming from Factory Zero will change the world, and how the world views electric vehicles,” GM President Mark Reuss said in a statement. “The GMC HUMMER EV SUV joins its stablemate in the realm of true supertrucks, and Chevrolet will take everything Chevy’s loyal truck buyers love about Silverado — and more — and put it into an electric pickup that will delight retail and commercial customers alike.”

Factory Zero is slated to begin production of the 2022 GMC Hummer EV pickup late this year. AutoForecast Solutions expects GM to produce 1,200 Hummer pickups in 2022 before ramping up to about 17,000 units annually starting in 2023.

The Detroit plant also will build the Cruise Origin, a self-driving, electric shuttle developed by GM’s self-driving subsidiary in San Francisco. GM has not revealed a timeframe for Origin production, but several forecasters expect output to begin in late 2022.

In 2019, GM said it would invest $2.2 billion to retrofit the factory for EV production. The investment is the largest in GM’s history, the automaker said at the time. When the plant is fully operational, GM says it will create more than 2,200 manufacturing jobs. The plant can build 270,000 vehicles per year, GM said, but the automaker will set production targets based on EV demand.

AutoForecast Solutions also expects two Cadillac SUVs to be assembled at Factory Zero starting in early 2024: one the size of an Escalade and another the size of the longer Escalade ESV.

GM has pledged to spend $27 billion on electric and autonomous vehicle development through 2025. The automaker is targeting an all-electric light-vehicle lineup by 2035. So far, the Chevy Bolt is GM’s only EV in the market, but the automaker will launch a utility version of the Bolt this summer, followed by the Hummer pickup later in the year and the Cadillac Lyriq, built in Tennessee, in early 2022.