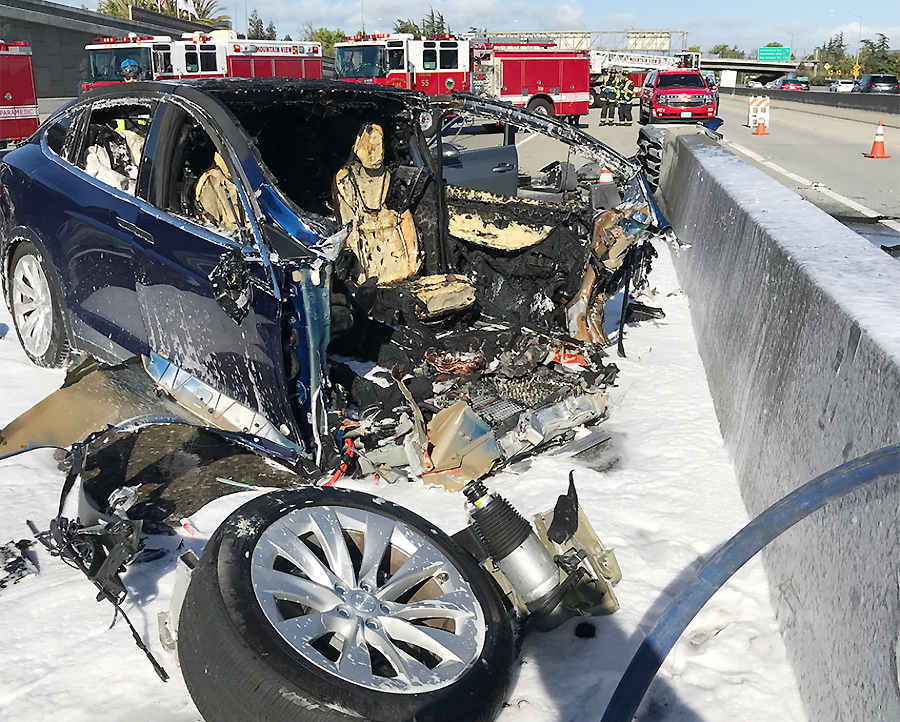 A quarter-century has passed since the National Transportation Safety Board first recommended that collision-avoidance technology be required on all vehicles.

The federal agency hasn’t given up hope that someday becomes a reality.

At a time when federal regulators estimate traffic fatalities have risen 4.9 percent year over year, the NTSB believes those are key topics that must be addressed. Collision-avoidance systems could offer substantial improvements in safety. A recent study by the Insurance Institute for Highway Safety found collision-avoidance tech can prevent half of rear-end crashes.

Yet vehicles on the road today are often “not equipped, nor required to be equipped, with such lifesaving technology,” the agency said in a written statement. “And consumers are often unaware of the availability and capabilities of these technologies.”

The NTSB cited a high-profile fatal crash involving a Tesla Model X in Mountain View, Calif., as one case in which an effective collision-avoidance system may have saved the life of the driver. Walter Huang died in 2018 when his vehicle struck a damaged crash attenuator.

Inroads have been made. At least 10 automakers are on or ahead of pace to make automated emergency braking a standard feature on all new vehicles by September 2022, according to a December 2020 report from the Insurance Institute for Highway Safety. But others — including General Motors and Stellantis, formerly Fiat Chrysler Automobiles — lag on that voluntary time frame.

Which is what perhaps makes a requirement important. The NTSB has no regulatory authority but recommends that NHTSA establish performance standards and evaluations, which could be incorporated into the vehicle safety ratings designed to educate consumers, and that automakers offer collision avoidance as standard equipment.

What you need to know

Chevy readies electric Silverado General Motors plans to build a battery-powered version of its top-selling U.S. nameplate — the Chevrolet Silverado — at an electric vehicle plant in Detroit. The pickup — designed and engineered as an EV from the ground up — will be powered by the automaker’s Ultium batteries and have a GM-estimated range of more than 400 miles on a full charge, the company said Tuesday. GM declined to provide production timing at the plant, known as Factory Zero, but forecasting company AutoForecast Solutions expects output to start in late 2022. The company expects GM to build 38,000 electric Silverados annually starting in 2023.

Krafcik leaves Waymo after 5 years as CEO After five years as CEO of autonomous-technology company Waymo, John Krafcik is stepping down. Tekedra Mawakana and Dmitri Dolgov will succeed Krafcik as co-CEOs of the Mountain View, Calif.-based Google subsidiary, Krafcik said in a LinkedIn statement Friday. Mawakana and Dolgov currently are Waymo’s COO and chief technology officer, respectively. “My time leading Waymo has been the capstone of my career,” Krafcik said in a blog post. “Together, we’ve achieved remarkable firsts as we develop, deploy and commercialize our fully autonomous Waymo Driver, and work to make our roads safer and mobility more accessible.”

Polestar has set itself a “moonshot” goal: to create a climate-neutral car by 2030.

Gatik and Isuzu North America on Tuesday said they will work together to build autonomous delivery trucks.

Self-driving truck startup TuSimple Holdings Inc. said on Wednesday it was targeting a valuation of more than $8 billion in its U.S. initial public offering.

Argo AI is considering going public as soon as this year, people familiar with its plans tell Bloomberg.

Uber said U.S. drivers on its ride-hail platforms should take advantage of pay hikes as trip demand temporarily outstrips driver supply, but warned the windfall will not last.