Back in 1973, entrepreneur Bruce Baldwin Mohs set out to build the ultimate safari vehicle. His result, the aptly named SafariKar, accomplished exactly that not only by being extremely well-equipped for the terrain, but also by providing a slew of special features for the average safari hunter. However, given the SafariKar’s unusual appearance, there have been questions of whether its looks are somewhat a deal breaker for the otherwise great package.

This particular SafariKar was listed for sale on Bring A Trailer, where it failed to meet its reserve despite the bidding reaching $90,000. That, along with the fact that only three prototypes were ever made before the plug was pulled, tells you a lot you need to know about the SafariKar. Yes, it’s rare and surprisingly utilitarian, but it’s also extremely unsightly. 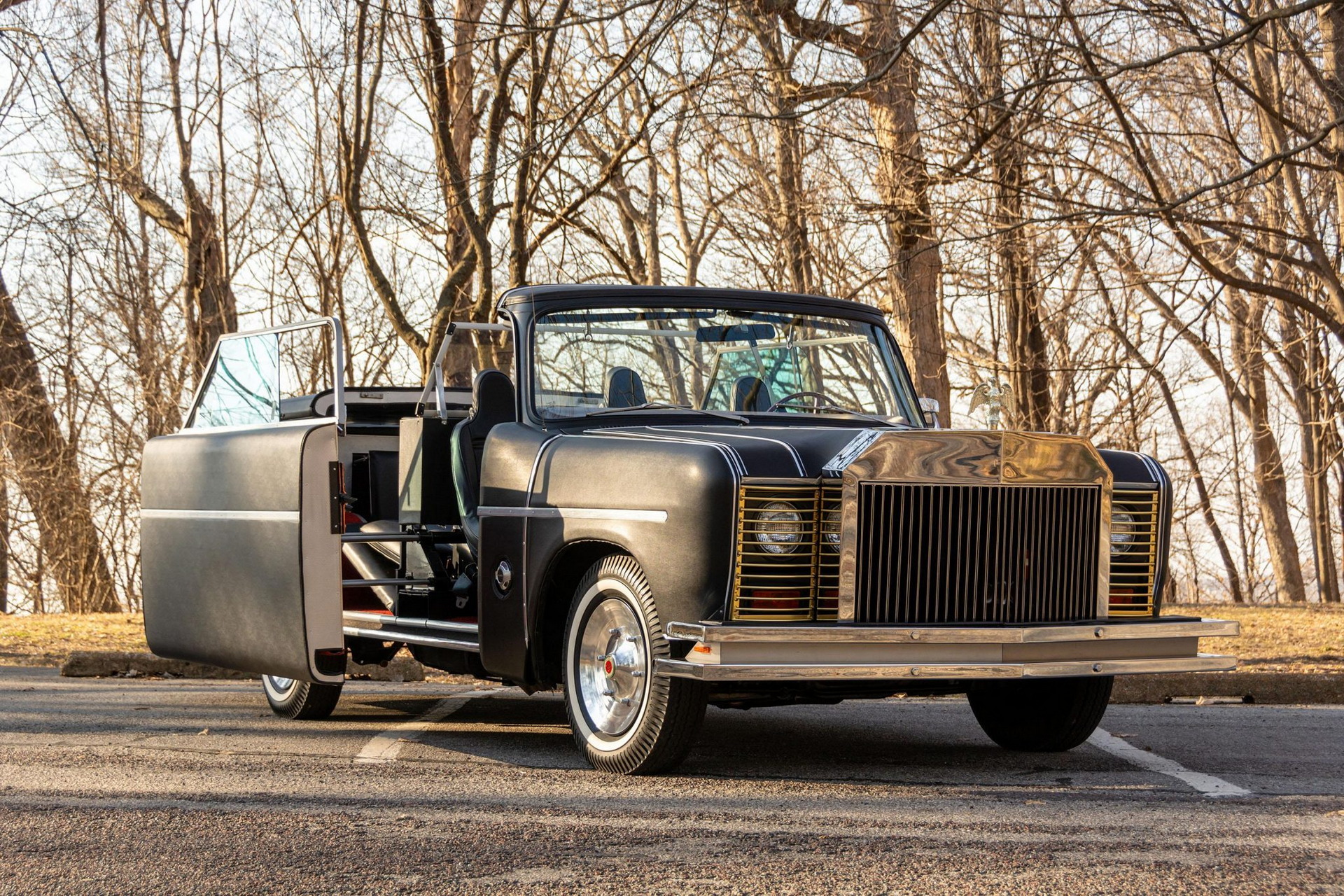 Nevertheless, the quirk-filled safari vehicle packed some features that would be considered impressive even by today’s standards. Starting with the body, the entirety of the exterior is padded with foam and wrapped in a Naugahyde vinyl, which was allegedly done to make the car rhino-resistant. The front and rear also featured heavy-duty impact bumpers, but so as not to stray too far away from the luxury theme of this car, Mohs included inset lighting in them.

Beyond that, this car featured one of the most unique door designs of any vehicle to date. Instead of opening outward, or even upward, the doors on the SafariKar slid out perpendicular to the car on a set of rails to make for easy ingress and egress with hunting equipment. While that may sound complicated, each side had only one large door, and the rails retracted in the space between the front and rear seats, so nothing was ever really in the way. 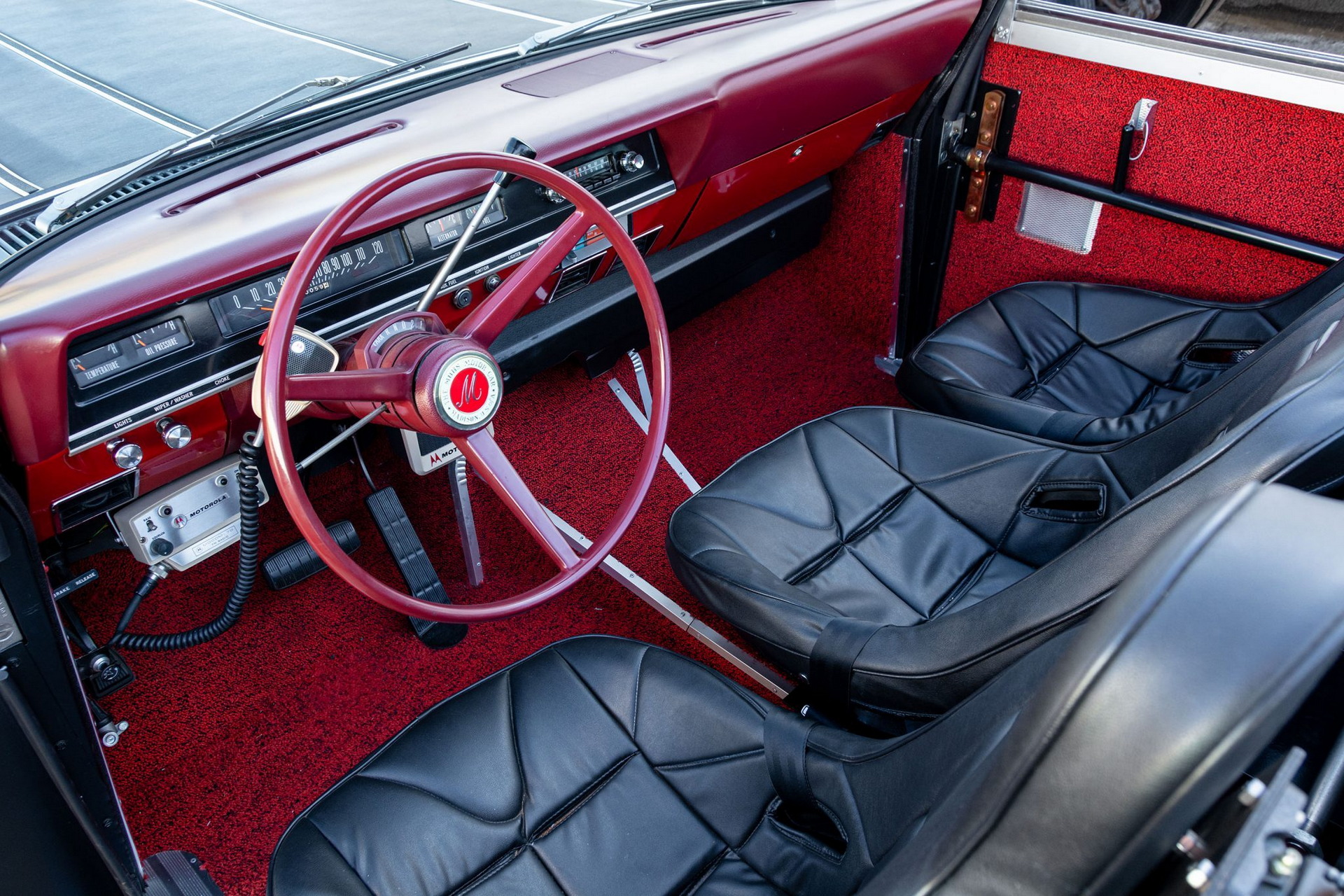 As mentioned before, Mohs wanted the SafariKar to be functional, but also luxurious, and that theme certainly carries over to the inside. The interior was upholstered in black and red leather, with red tuxedo carpet lining the floor. One of the interior’s most unique features was its seats, which aside from being three-abreast, pivoted side to side to smooth out the motion of the car when driving over rough terrain.

Other than that, you might be wondering why this car is a convertible, seeing as how it goes to such great lengths to be robust and protected. The reason for that is actually because the convertible section is where you would do your hunting out of. The roof, which was made of aluminum and wrapped in Naugahyde, folded down onto the rear deck of the car, and the built-in gun rack allowed hunters to shoot from the rear bench. Additionally, that rear bench folded flat into a bed so you could sleep under the African night sky. 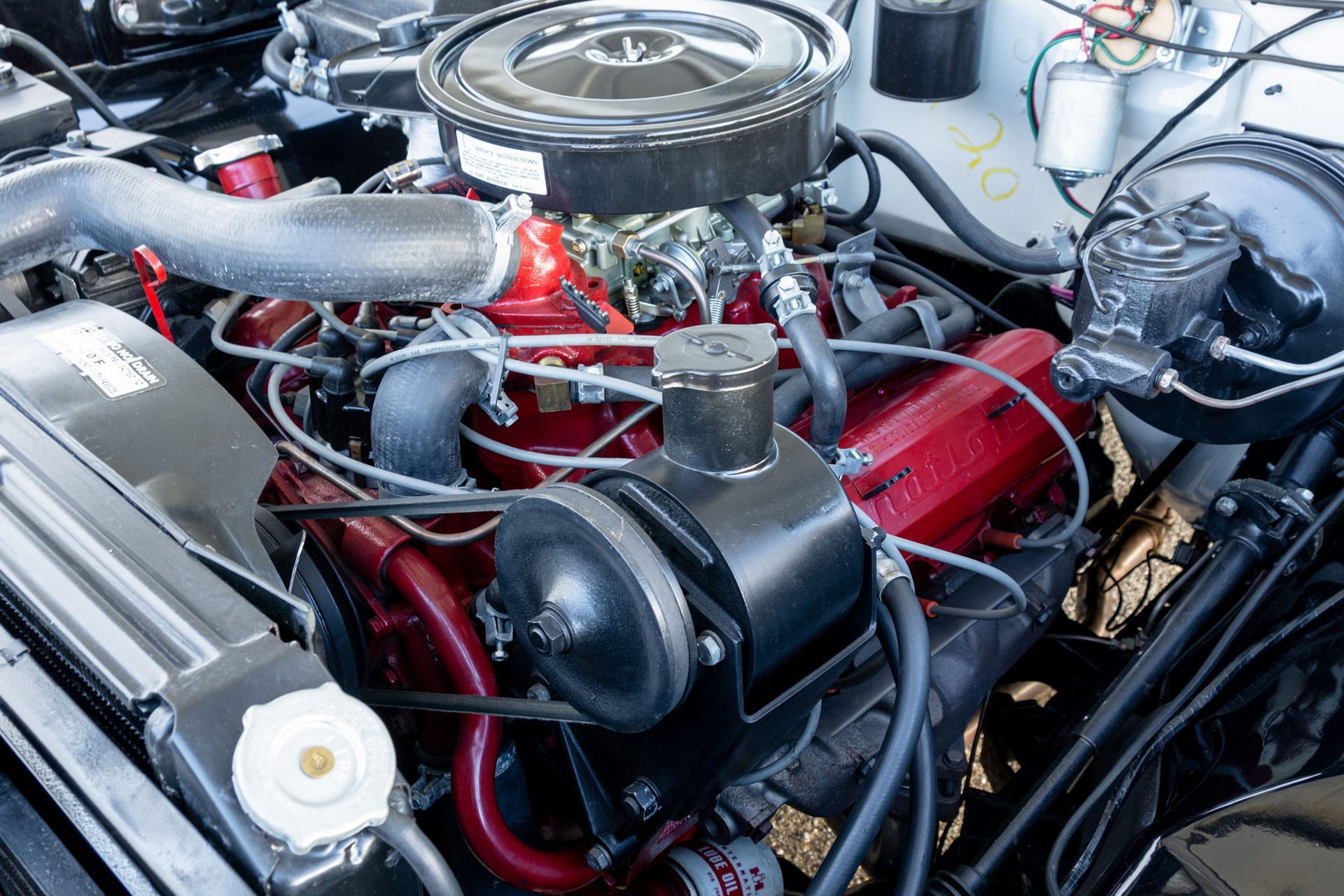 Under the skin, both the car’s frame and 392ci V8 engine come from an International Harvester Travelall, so rest assured it has the necessary off-roading capability for the job. On top of that, the chassis features tungsten alloy bulkheads to beef it up even more. And to make sure the driving experience wasn’t too unrefined for the luxurious clientele it was targeting, Mohs fitted the SafariKar with an automatic transmission as well as power steering and drum brakes.

More: 2022 Subaru Outback Wilderness Is A Meaner Off-Road Wagon With A Thing For Plastic Armor

So does its rarity and functionality make up for its unpleasant appearance? Apparently so, as this exact SafariKar, despite being found in a Georgia parking lot in 2009, has gone on to win AACA National and Grand National Awards at the 2013 and 2014 Hershey Fall Meets, and even made an appearance at the prestigious Amelia Island Concours d’Elegance.