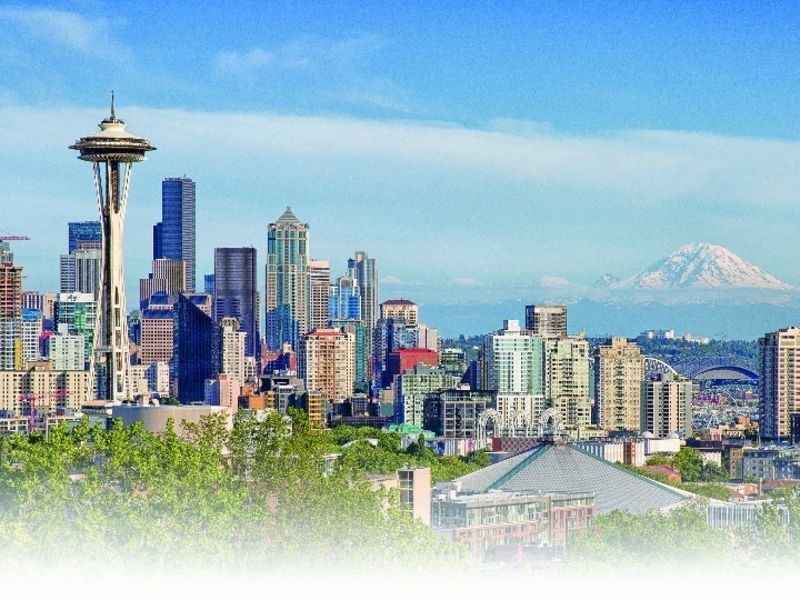 The city of Seattle wants to significantly expand its electric mobility options, and a broad citywide plan outlines how it would try to achieve that by 2030.

In March, the city released an outline of goals to meet by the end of the decade: Convert to using electric bikes, scooters, taxis, Ubers and Lyfts. Make its entire municipal fleet free of fossil fuels. Encourage residents to walk, bike or use electric vehicle transportation for 9 out of 10 trips they take.

“Right now, as our city and residents recover from the COVID-19 pandemic, we have the opportunity to build our city back better to prioritize our residents’ health, safety and quality of life,” Seattle Mayor Jenny Durkan said in a news release.

The blueprint also focuses on curbing environmental injustices, or making sure all households have equal access to high-quality electric transportation.

But successful execution of such a plan is not without its challenges.

For one thing, the blueprint places a high focus on incorporating private vehicles, especially EVs, into the mix.

The city admitted in its blueprint that one shortcoming is Seattle residents may not be able to afford personal EVs nor have access to quality public transit.

Another challenge is gentrification and displacement because of investments made as part of the plan.

“Any investment that is made in a neighborhood — including installation of charging infrastructure or expansion of public transit stations — those are likely to make the cost of living and property values go up,” said Samuel Stolper, an assistant professor at the University of Michigan’s School for Environment and Sustainability. “And that makes it harder for non- owners to continue living there or for lower-income folks to live in that location.”

To make the blueprint equitable, the city will need to strike a balance between making electric municipal transit affordable and accessible and getting enough residents on board with the idea of abandoning fossil fuel-reliant vehicles and investing in EVs if they do need a personal vehicle.

If someone doesn’t own their home, it becomes more difficult to install a personal charger. Those chargers are a major private benefit to owning an EV, he added.

“It would be folly to assume everybody’s going to be able to afford it,” Stolper said.

While EVs may cost more upfront, they tend to be less expensive per mile of driving than an internal combustion engine vehicle, he said. Also, as EVs enter the mainstream and manufacturing ramps up, battery costs are likely to drop, according to estimates by the grassroots environmental organization Sierra Club.