When he was just starting his automotive company, Mate Rimac was cycling past a castle near Zagreb, Croatia, and dreamed of building an R&D center there. Now he’s buying all the land around the castle.

The campus Rimac is building will be 70,000m2 (753,472 sq ft) large and will serve the growing needs of the company. Although R&D won’t be happening in the castle (there are no plans for it yet, sadly), the enormous campus has been designed to be as open as possible while meeting the needs of a company that’s growing to 2,500 employees.

Mate Rimac says that, although the company doesn’t plan on building very many cars (it is a hypercar manufacturer after all) all of the space is needed for battery and motor development. Recently tied to Porsche, the company will be manufacturing not just for itself but for other automakers, too.

The campus is located just 16 km (10 miles) away from the Croatian capital, Zagreb, but Rimac doesn’t want it to feel too industrial or city-like. In fact, the noted vegetarian says he wants sheep and cows to graze outside the campus’s central restaurant in order to remind employees that they’re eating living things.

On the other hand, there’s the racetrack. According to the architect designing the campus, included in the brief was a note saying the company was “serious and crazy.” So there will be a racetrack with a “mandatory drift corner.” 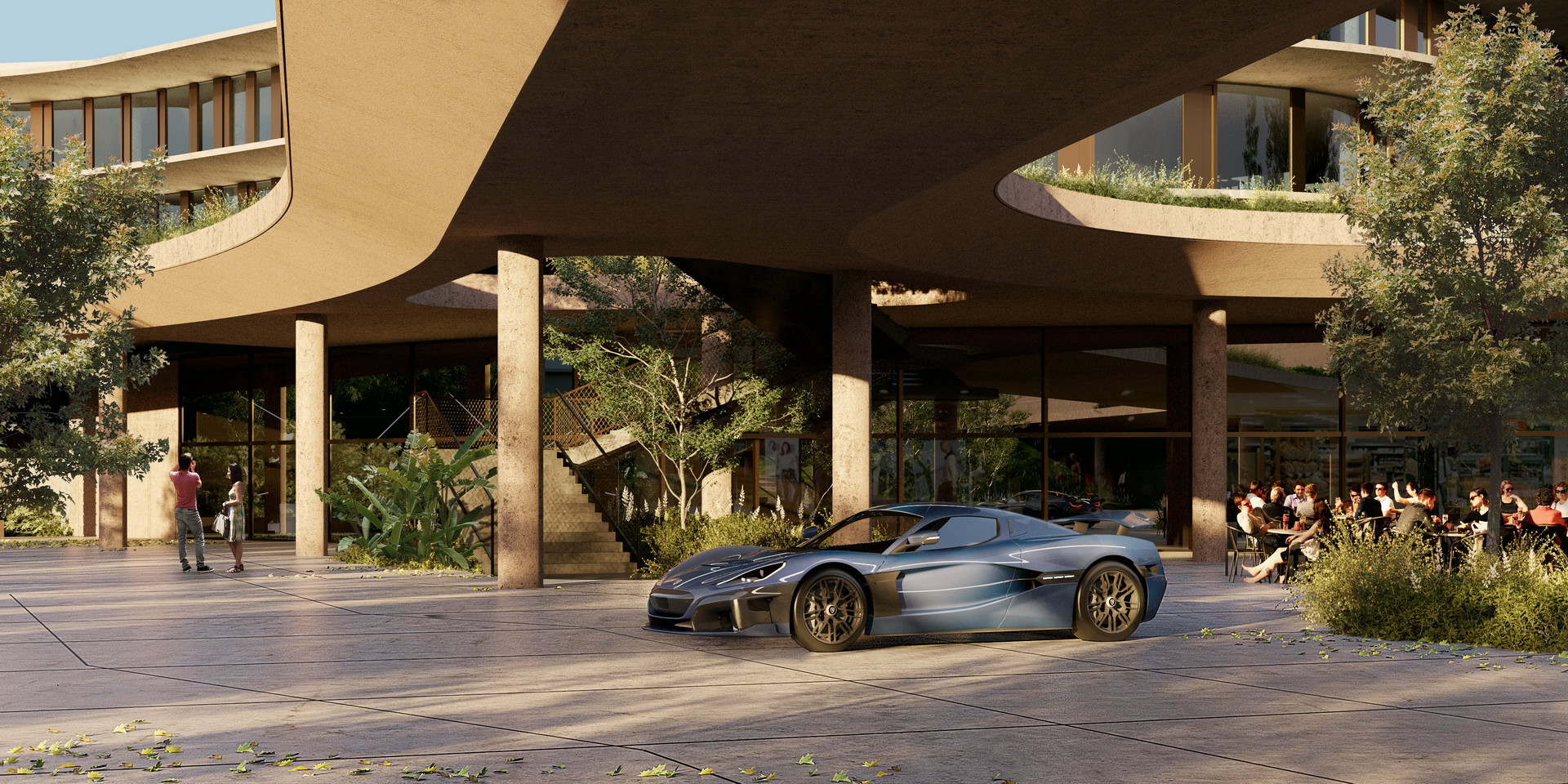 Just how that will fit in with the livestock isn’t exactly clear, but it is clear that Rimac is intent on making the campus of his dreams.

Of course, a campus this ambitious will take some time to complete, but you can see all of the designs and hear about all the amenities in the video below.