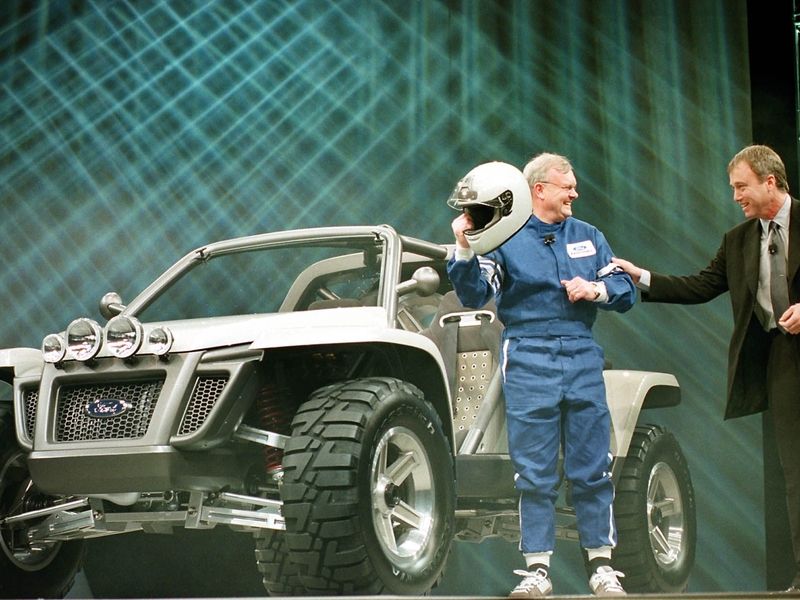 Parry-Jones was involved in an accident on his farm in Wales, according to British media reports.

In his 38-year career with Ford, he was instrumental in the engineering of the Ford Mondeo sedan, the Puma subcompact and the first-generation Focus.

He would rack up countless miles on the rural roads around his home in England, focusing on the tiny details of ride, handling, steering, noise, vibration and feel. Some referred to him as the CEO of driving dynamics.

In 1999, he delivered a lecture — “Engineering for Corporate Success in the New Millennium” — at London’s Royal Academy of Engineering.

Parry-Jones retired from Ford in 2007 as the company’s chief technical officer but continued to serve on corporate boards and consult. He joined the board of Aston Martin last year.

“Richard Parry-Jones was a rare talent who left an indelible mark on Ford and the industry,” Ford Executive Chairman Bill Ford said in a statement Friday afternoon. “As an engineer, he was a virtuoso with an uncanny feel for creating cars that were dynamic and incredibly fun to drive. I can tell you that going on a test drive with him was not for the faint of heart. His passion for great cars and love of motoring inspired legions of engineers and enthusiasts in Europe and around the world. Richard will be deeply missed, and our heart goes out to his family and loved ones.”

“His contribution to vehicle excellence, particularly driving dynamics, was amazing,” Kammerer said. “He was a tireless worker and he was all in it for the team.”

Ford CEO Jim Farley wrote on Facebook: “Sad news, we will honour him in the right way!”