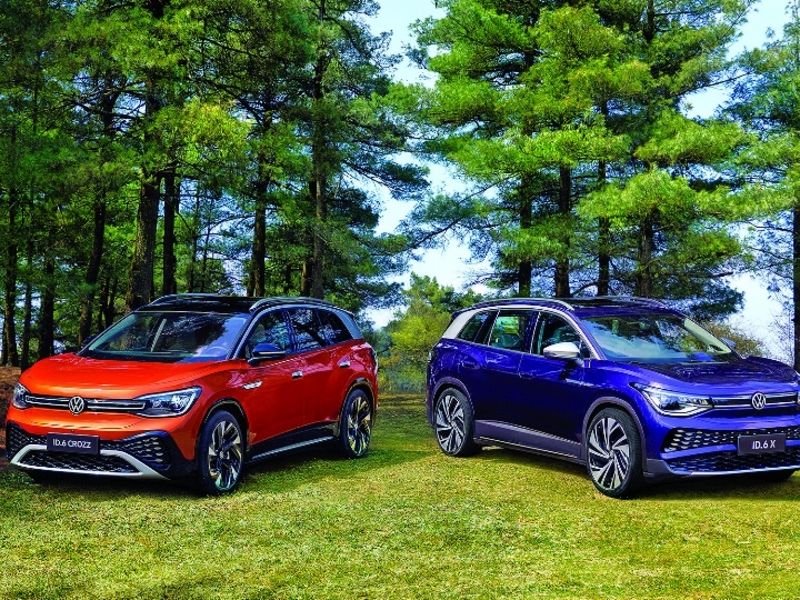 Volkswagen brand is targeting family buyers in China with the ID6, its biggest battery-powered model to date.

The three-row, seven-seat crossover is tailored specifically to the needs and wishes of Chinese customers “in terms of space, functionality, design and, in particular, user experience,” VW said in a statement on Saturday ahead of the model’s public debut at the Shanghai auto show.

“We are maintaining momentum and gradually increasing our range of MEB cars. By 2023, Volkswagen will have a total of eight ID models in China,” VW brand CEO Ralf Brandstaetter said in the statement.

VW brand is aiming for a market share of more than 50 percent for full-electric vehicles in China and the U.S. by 2030, the company said in March. It targets at least 70 percent of vehicles sold in Europe being electric by then.

Two ID6 variants, the ID6 X and ID6 Crozz, will be built in China by VW’s joint venture partners.

At 4880 mm-long, they slightly longer than the 4878 mm Touareg, VW ‘s largest combustion engine SUV. Their success will be crucial for VW in China, its biggest market by far, where vehicles large enough to carry members of an extended family are popular.

A version of the ID6 is likely to be added to VW’s U.S. lineup and built locally, but not for several years. There are no current plans to sell the crossover in Europe, VW has said.

The ID6 will be available in China in one of four configurations with a range of between 436 km (271 miles) and 588 km (365 miles) under China NEDC tests depending on whether a 58 kilowatt-hours or 77 kWh battery is chosen.

The ID6 comes without any physical buttons and switches. Its operating concept uses a 12-inch display with a touchscreen and VW brand’s Hello ID voice control system.

VW says that an augmented reality head-up display is optional. It projects turn arrows from the navigation system onto the correct lane.

The ID6 will be produced at plants in Anting and Foshang, China. The ID6 X will be built by SAIC Volkswagen Auto and the ID6 Cross by FAW-Volkswagen Auto.

The ID6 is the third model based on the automaker’s MEB modular electric platform, following the debut last year of the Golf-sized ID3 and Tiguan-sized ID4. The ID6’s additional 300 mm in length compared with the ID4 accommodates a third row of seats.