The next member of Volkswagen’s growing family of ID-badged electric vehicles was revealed on Monday at Auto Shanghai 2021.

Called the ID.6, it’s a mid-size crossover with third-row seats developed to battle the Tesla Model X, and there are actually two distinct versions both tailored for the Chinese market.

The ID.6 rides on Volkswagen Group’s MEB platform, the automaker’s mainstream EV architecture. It’s the same platform underpinning the smaller ID.4 crossover that just went on sale here. The ID.6 measures approximately 192 inches in length and offers seating for up to seven. 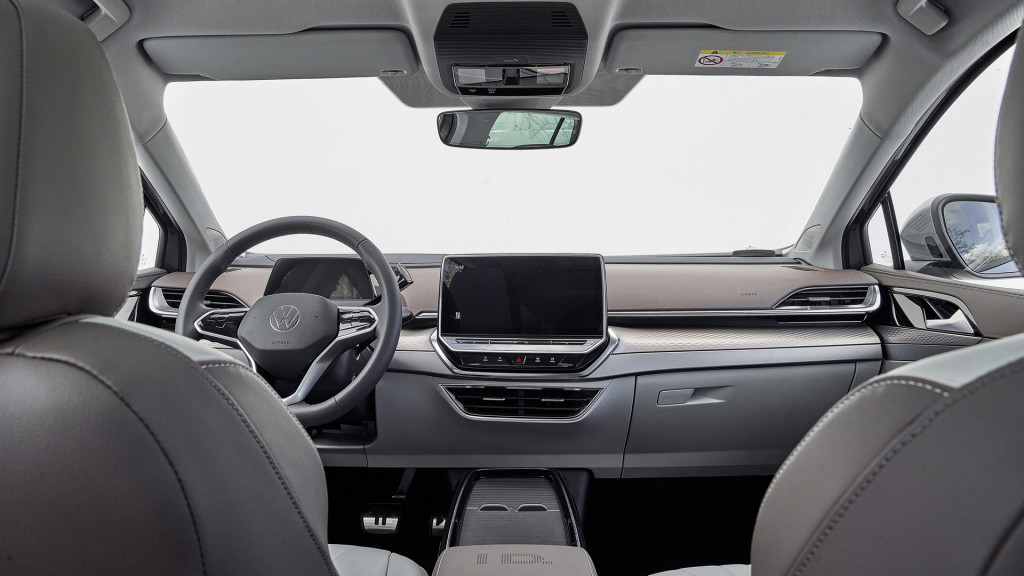 Buyers have two battery options and three powertrains to choose from. The available battery sizes are 58 and 77 kilowatt-hours, and the powertrains range in output from 177 to 302 hp. The most powerful version will hit 62 mph from rest in 6.6 seconds and top out at 100 mph.

While the ID.6 won’t reach the U.S., we’ll see some new ID models here very soon. A performance-oriented ID.4 GTX is planned, and a coupe-like ID.4 that will be called an ID.5 is also a good bet for our market.

In 2023 VW will finally launch a spiritual successor to the iconic Microbus based on 2017’s ID.Buzz concept, and a sedan and wagon are also a possibility for our market.

For more news from the Shanghai auto show, head to our dedicated hub.