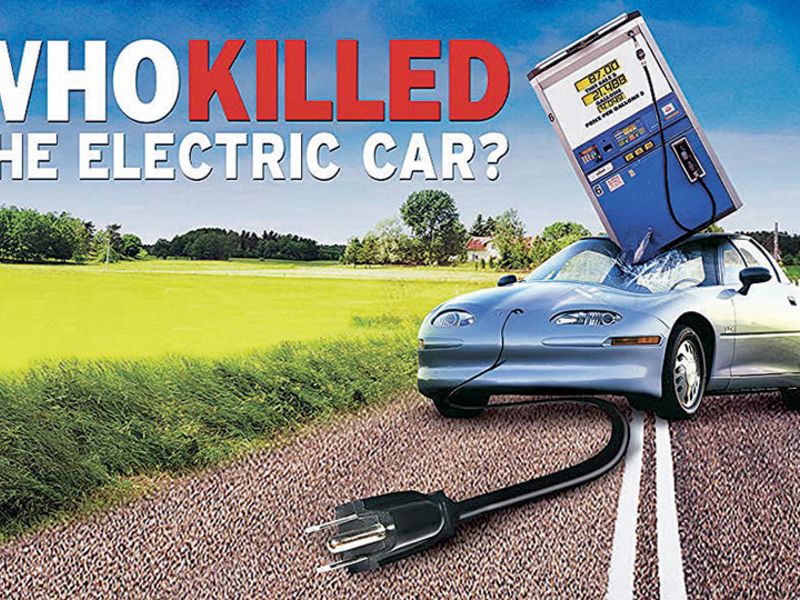 Filmmaker Chris Paine drove his EV1 for only about five years — that is, before General Motors hauled it away in a controversial mass takeback of all its leased EV1s that had been on the road.

That’s when Paine and several other EV1 advocates and environmentalists who weren’t given the option to buy the EV1 after their leases ended turned on their cameras and took to the streets.

The footage from those moments and other critical events concerning the EV1 that followed — alongside hours of interviews with executives, industry leaders and enthusiasts — would eventually come together to create Paine’s 2006 documentary film, Who Killed the Electric Car?

“People love their cars, so you’re wandering into hallowed ground for a lot of people,” Paine, 59, told Automotive News. “With the EV1 — I was never a super big car guy, but when that car got taken away, it was like the future had been taken off the table, and that’s what led to us making the film.”

Paine, an activist-turned-filmmaker, has been monumental in telling the story — or, to some, just one version of the story — of the EV1. Critics of the film said Paine cast unfair blame on GM. The automaker has said EV1 demand was so low that suppliers stopped making replacement parts for the car, complicating future repairs and maintenance.

But as an early adopter of the vehicle, Paine felt it was critical for the public to see how its demise played out.

“It’s not often that you have big shifts, but I’ve learned for this electric car project that big shifts are possible,” he added. “In my life, it gives a great sense of hope that change is possible and just that sometimes it takes more time.”

The EV1 was long anticipated, Paine said, so much so that once the price dropped not long into the program, he leased his own.

“I became a true believer, not just for that car, but for the whole technology,” Paine said. “I just couldn’t believe how fast the car was, how quiet it was. You could run it in a parking garage, and none of your valets were going to get sick. It didn’t smell like anything. It was electricity you could get right here. There are so many things I liked about that car.”

But he didn’t get to enjoy it for very long. In 2003, GM began commissioning tow trucks to haul away vehicles that had been returned after their leases expired. Most of them went to GM’s Arizona proving ground, where they were crushed. The moves sparked protests from many who had leased an EV1.

Before the protests, however, Paine considered committing a crime to save the EV1.

“We thought that we would, in my activist days, try stealing the car and just putting it in a warehouse somewhere,” he said. “But we found that we could end up with a grand theft auto.

“I think a lot of the people that cared about their cars in those days thought about: How in the world can we keep these cars?”

In between a scene of the infamous EV1 funeral at the Hollywood Forever Cemetery and footage of the vehicles stored away before getting crushed, Paine incorporated clips of key players, including EV1 celebrity advocate Ed Begley Jr., former California Air Resources Board Chairman Alan Lloyd and former EV1 sales specialist Chelsea Sexton. They all serve as witnesses to the death of the EV1.

“The California regulation, oil industry, the energy companies, the government, local government, consumer technology — everyone had a hand in the failure of that program,” Paine said.

But there was also something else, he said.

Unsurprisingly, Paine’s examination of how the EV1 crumbled brought much criticism post-film.

Some enthusiasts, as shown in the film, wanted to purchase the EV1 at lease-end, but GM denied them the option, citing safety concerns and overwhelming production costs.

“There is no way we could price the car based on its cost. That would have been dead on arrival,” Don Runkle, GM’s vice president of engineering for North America and president of energy and engine management during the EV1 years, told Automotive News.

This explains the automaker’s reaction to the film, some of which was addressed in the next documentary Paine made, in 2011, called Revenge of the Electric Car.

“The closer you got to the automotive industry, the louder the critiques were about our film,” Paine said. “We got all kinds of grief. It seems absurd, but people were deeply offended. I mean, we had some real haters out there, I guess I’d put it that way.

“We realized that we hit a nerve and that if people reacted really strongly to the film, we must have something going for us,” he added. “I think a lot of people were sort of shocked that the auto industry would kill one of its own technology advances like that. That created more blowback.”

Despite the pushback, Paine remained optimistic throughout the making of the second film, which covered the vastly different journeys of GM’s Bob Lutz, Tesla’s Elon Musk and Nissan’s Carlos Ghosn in the race to electrification.

He says that, in the same way different stakeholders brought down the EV1, “everyone has a hand in the success of creating what comes next.”

“That means consumers taking a risk that, ‘Hey, nobody else in my family has an electric vehicle or a plug-in vehicle; I’m going to try one,’ ” Paine added. “It’s local governments making sure that charging stations are available — fast charging stations, not just the slow ones. And the federal government saying, we really do want to take a shot at climate change and switch school buses and postal vehicles to electric, and for them to make those kinds of commitments. And for the companies to advertise what it is about their technology that makes them better, so consumers understand that they really are getting a better product.”

Ironically, GM’s pledge this year to stop selling gasoline-powered vehicles by 2035 was made on the 15th anniversary of the premiere of Who Killed the Electric Car? at the 2006 Sundance Film Festival.

As Paine looks toward the future, he laments how much time has gone by.

“It’s sad to consider all the years lost since GM debuted the EV1 in 1996,” Paine said. “We could easily be 15 years ahead of where we are now. The problem is, the margins on gas cars are bigger, and the business model is set around fossil fuels. [The major automakers and oil companies] are lumbering giants that are not in a hurry to change how they make money.”

Paine also pointed to the extent to which internal combustion engines will remain on the roads as well as all the infrastructure changes that need to be made to boost EV adoption. But ultimately, he’s eager for the future.

“I wish we could get more chargers built, more public education, the shift going even faster. I don’t think we have a moment to lose,” Paine said.

Hannah Lutz contributed to this report.