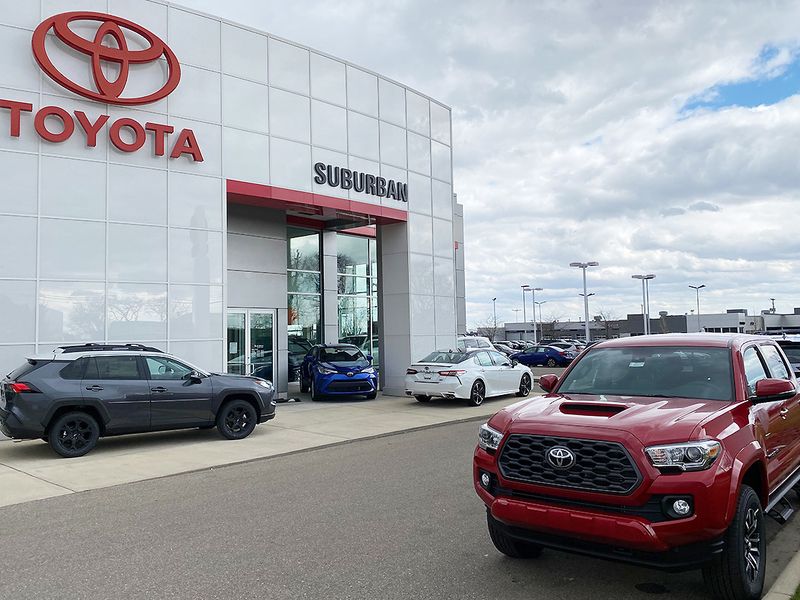 With its purchase of Michigan’s Suburban Collection last week, Lithia Motors Inc. adds a portfolio of nearly three dozen stores in the Upper Midwest, a previously untapped region for the Medford, Ore., company and key to its plans to blanket the country with dealerships.

Also important to Lithia’s strategy as it enters the region is Suburban CEO David Fischer Jr.’s agreement to stay on board to run the 34 stores and 56 franchises acquired in the deal, which will add $2.4 billion in annual revenue to Lithia.

It also makes the retailer the second-largest dealership group in the country going forward.

Alongside Chicago and Indianapolis, the Detroit market was among the areas best positioned to initiate Lithia’s platform in the Midwest, CEO Bryan DeBoer told Automotive News.

“We deemed Detroit as being the best auto market and the most aligned with Driveway, ultimately, primarily because of the A-plan pricing,” DeBoer said, referring to the Detroit 3’s employee pricing programs. “A lot of people were already used to the idea of negotiation-free buying.”

Omnichannel refers to technology and processes aimed at providing a seamless buying experience for consumers whether they shop online, in-store or both.

Lithia is the only public new-vehicle retailer that currently owns stores in Michigan. Some competitors have pulled out of the state and other parts of the Midwest to focus on other U.S. regions.

Sonic Automotive Inc. of Charlotte, N.C., for example, sold its last four Michigan stores in 2014 to Suburban Collection and exited Ohio in 2019. Penske Automotive Group Inc., based in the Detroit suburb of Bloomfield Hills, has no dealerships in Michigan. In 2013, it sold its final two stores in suburban Detroit: a Cadillac store in Warren and a Honda dealership in Bloomfield Hills.
Industry analyst Maryann Keller said some public retailers approached the Michigan market in the wrong way, failing to adjust to the high level of customers consistently returning to the same brands at set price points.

“It’s very hard to steal market share when you have certain market share dedicated to those brands that have large employment in that state,” said Keller, a former Lithia board member and principal at Maryann Keller & Associates in Riverside, Conn.

The Suburban deal is one of the industry’s largest-ever dealership acquisitions, and it positions Lithia — the third-largest dealership group in the country in 2020 — to vault past Penske into the No. 2 spot on Automotive News‘ list of the top 150 dealership groups in the U.S. as ranked by new-vehicle retail sales.

Lithia retailed 7,269 fewer new vehicles than Penske in 2020. Suburban reported 29,314 new-vehicle retail sales in 2020 and was No. 21 Automotive News’ list.
Suburban’s portfolio is a mix of domestic, import and luxury brands. It has six General Motors, four Chrysler-Dodge-Jeep-Ram and three Ford stores.

Lithia used money raised in equity and debt offerings last October to pay for the deal, estimated at $500 million.

Lithia now has 246 dealerships, passing AutoNation Inc. in terms of store count and giving Lithia the largest network of franchised stores in the country.

Fischer Jr., 51, said that his responsibilities will stay the same as he oversees the Suburban dealerships, which will continue to use that name.

Suburban dates to 1948, when Dick Fischer opened an Oldsmobile dealership in Birmingham, Mich.

More than a year ago, Fischer Jr. and his father, now 74, began exploring the idea of selling the dealerships and were first interested in teaming with an equity partner. The aim was to financially diversify, Fischer Jr. said.

Last fall, they began working with Presidio Group, a buy-sell advisory firm based in San Francisco. By December, talks “heated up” with Lithia, a group with many similarities, Fischer Jr. said.

Fischer Jr., now a group vice president for Lithia, said he will seek other acquisition targets for Lithia in the Midwest. Suburban largely grew through acquisitions. He also said he’s already learned from the Lithia partnership that he underinvested in some internal systems and processes and that the relationship with Lithia will provide “freedom within a framework.”

“I have no intention of retiring anytime soon,” he said. “I’m very fortunate that I love what I do, [and] I love who I do it with.”

Keeping Suburban’s legacy intact, from its name to its employees, helps Lithia settle organically into the market, DeBoer said. And Fischer’s autonomy is pivotal to that end.

“His decision-making authority … is like mine is for the whole company,” DeBoer said. “And we want him to be able to operate his platform just like he had.”

The deal accomplishes several strategic goals for Lithia, he said. Securing a foothold in Michigan is necessary to the company’s goal to be within a 100-mile radius of every potential customer in the U.S. And owning high-volume stores in a state with such a high lease penetration will boost Lithia’s pipeline of nearly new off-lease vehicles. That will lower the average age of used-vehicle inventory that Lithia can distribute across its expansive retail footprint.

“It’s a good, stable environment that has a propensity to lean more towards negotiation-free selling, which we like,” DeBoer said.