Nissan recently unveiled their GT-R NISMO Special Edition to show that with a few updates, the aging supercar can soldier on for a bit longer. However, during the same event, they also unveiled something else: a McDonald’s-themed version of the same car.

While the normal Special Edition wears a muted hue called Stealth Grey, the McDonald’s version is wrapped in an eye-catching gold chrome to match the company’s corporate colors and features the McDonald’s script on its wing. Other than that, the two appear to be identical, both visually and mechanically. 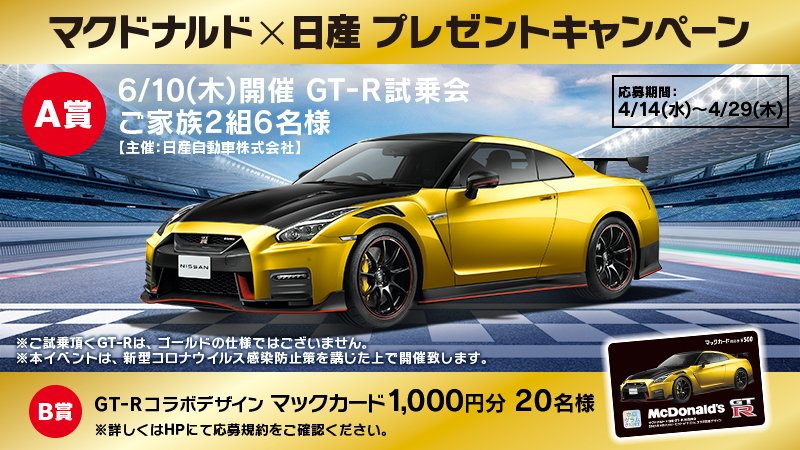 Anyone looking to get their hands on one is out of luck, though, as it won’t enter production. Just one was created, and it will be used for a sweepstakes hosted by McDonald’s Japan. Participants will get the chance to win a trip to Nissan’s Grandrive proving grounds, where they’ll be able to test drive the car, as well as go for a ride-along with a Nissan development driver to experience it at the limit.

Only two families with up to three eligible drivers will win that grand prize, but there is a consolation prize for 20 runners-up (and those not eligible to drive) that includes a gift card with a photo of the car on it.

See Also: 2021 Nissan GT-R Nismo: Is It Time For The Godzilla To Say Goodbye? 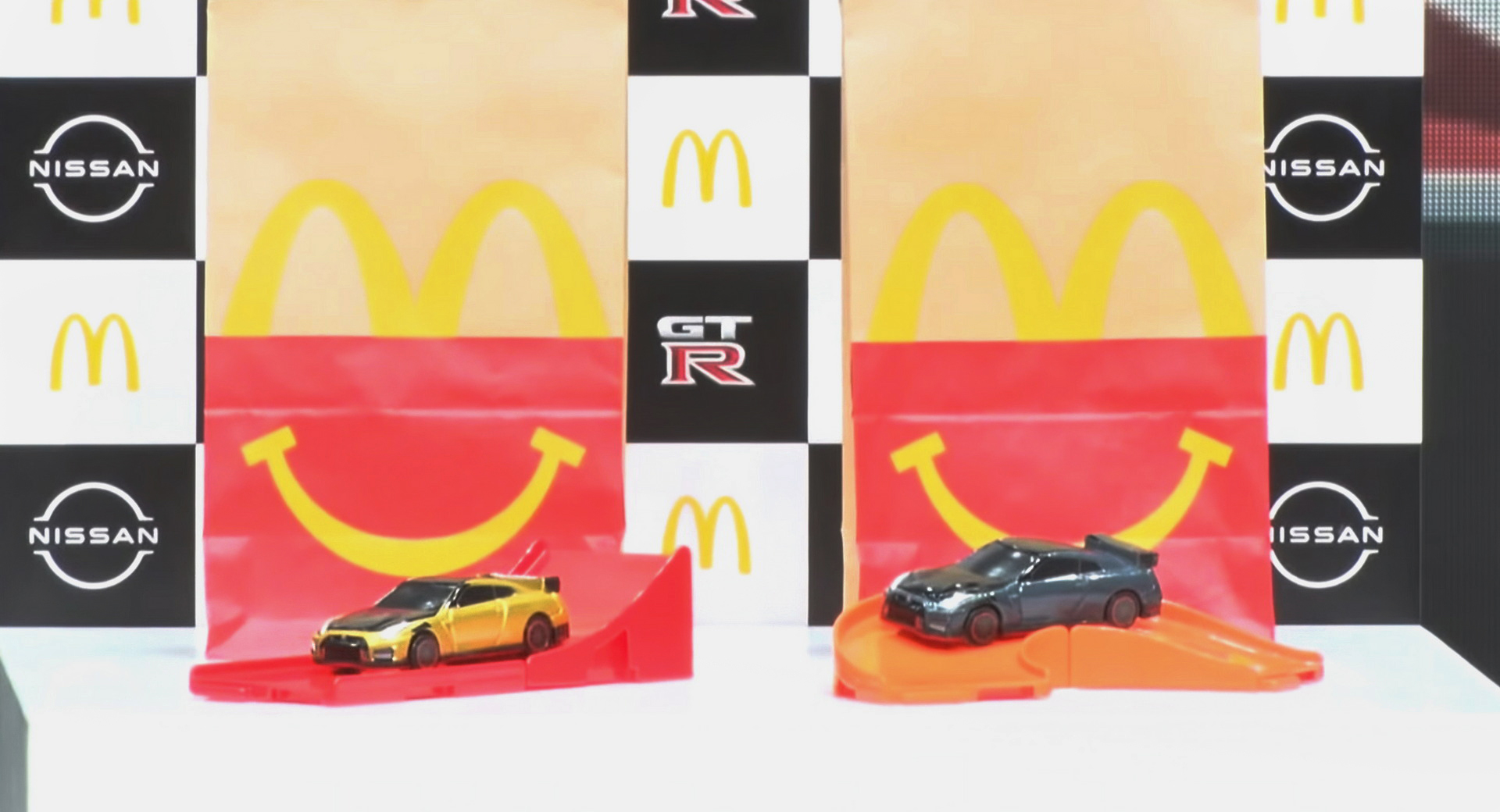 However, if you didn’t get to experience the full-sized GT-R, there will also be an opportunity to receive a miniature version. In addition to the sweepstakes, Tomica models of the GT-R Special Edition will be given out in Happy Meals (or “Happy Sets” as they call them in Japan) from April 30 to May 13. The catch is that most of them will be painted in Stealth Grey, but a select few will be finished in the McDonald’s gold chrome scheme. 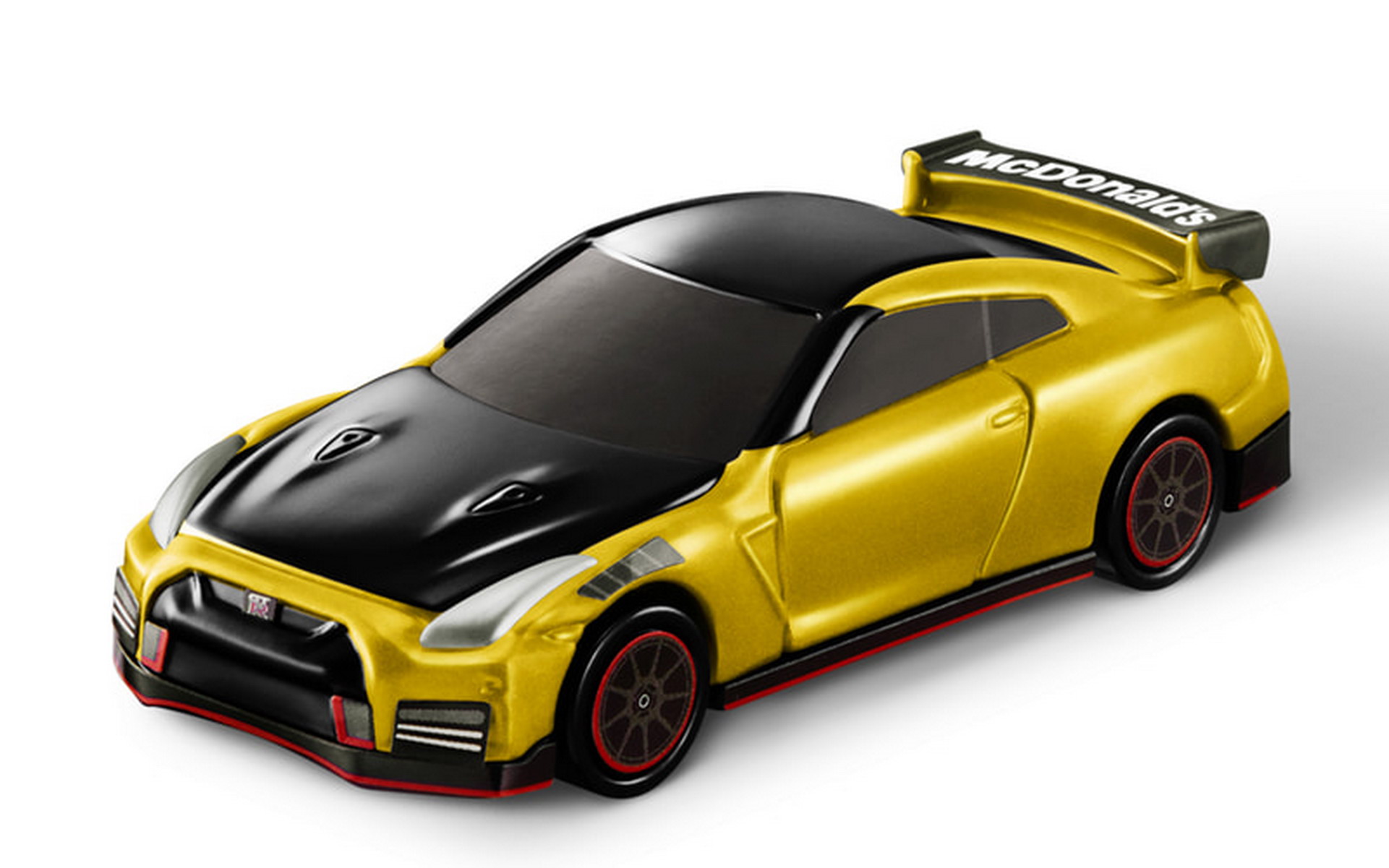