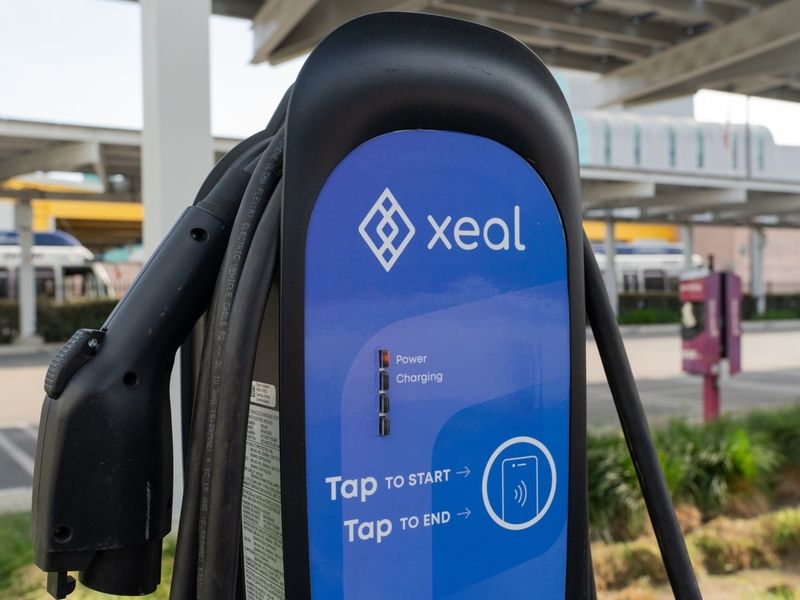 Would you mind terribly if I tapped the regenerative brakes a minute on the industry’s downhill run to an all-electric future?

We’re speeding up in exactly the wrong direction, and without a slight course correction, we’re going to wind up on one of those runaway truck ramps with our wheels buried up to the axles in loose gravel.

The good news is, we can fix what’s wrong pretty easily, if we’re creative.

Even before the pandemic, the average daily drive in the U.S. had been declining precipitously, and by 2017, had fallen to less than 26 miles, according to the National Household Travel Survey. Yet automakers — driven like wild-eyed sled dogs by range-anxious prospective EV consumers — as well as my media colleagues (and me) have prioritized increasing range as the master key to broader EV adoption. Make the batteries bigger, we argue, to cover 300, 400 or even 500 miles of driving, and people will switch.

We might be right, but I think we’re wrong. The key to eliminating range anxiety isn’t bigger, expensive batteries in every EV; it’s having additional energy readily available on those occasions when it’s needed.

Most consumers by now realize they could use an electric vehicle 95 percent of the time, but that other 5 percent keeps them from fully considering a switch. That 5 percent use case is a very real impediment, especially given the front-loaded costs of EVs compared with their internal combustion engine competitors.

As Dr. Gill Pratt, Toyota Motor Corp.’s chief scientist, put it so eloquently several weeks ago, hauling around all those extra lithium ion batteries when they’re not used most of the time is like filling your trunk and cabin with really expensive bricks.

So how does the industry fix this, before we all go careening off into an expensive place none of us wants to go?

I have a suggestion: It involves adding a secondary charging port at the rear of each EV, and … trailers. Specifically, fleets of small, tow-behind trailers with self-contained battery packs and a plug that would attach to the EV to add range when needed.

Imagine a world where EVs with maybe just 100 or 150 miles of range could operate 95 percent of the time with the charge that they got at home — just as they do now. They’d already be less expensive than today’s EVs because of the smaller battery packs.

But then when a longer trip is required — here’s that sticky 5 percent use case — there would be a nationwide network of places that rent battery trailers. The trailers themselves could be recharged using mostly renewables, like storage areas covered in solar panels or via wind turbines.

On a long trip, the EV driver would strap on the trailer and use it until it’s depleted, then pull in to a subsequent trailer rental area, switch it out, plug it in and continue on again in just a few minutes with another trailer. The process is repeatable and standardized, ideally — much like pulling into a gas station with an ICE-powered vehicle.

This isn’t a completely new idea, of course. Some people have already built battery pack trailers and some have even begun commercializing them. Yet if the industry embraced this notion and prepared for it, by adding a secondary charging port in the rear of electric vehicles, along with a hitch, it would certainly make adoption easier.

So why do it? For automakers, the motivation is simple: If EVs can be equipped with smaller batteries because consumers know the option is available when needed, the costs of those EVs goes down, as does range anxiety and recharging times, while margins remain.

Could automakers still offer big battery vehicles? If they wanted, sure. But the argument for them gets weaker once consumers realize they’re paying to haul heavy bricks that they mostly won’t use.

There certainly are problems with this idea — having to teach drivers to back up with a small trailer attached might be the biggest one. But if we’re going to transition to electric propulsion, shouldn’t we do it right the first time?