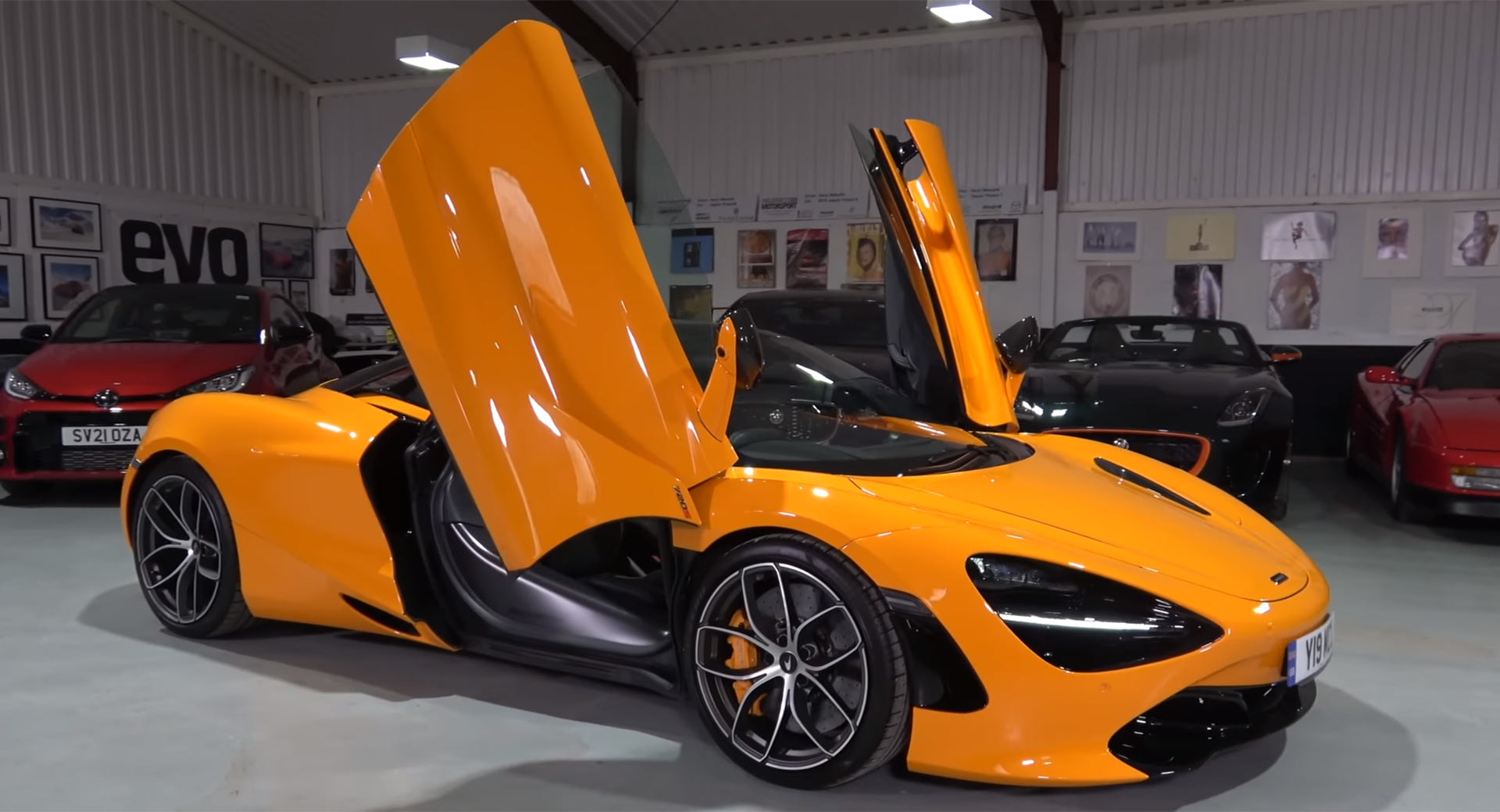 While the McLaren 720S Spider has been on the market for quite some time, Harry Metcalfe only recently had the opportunity to feature it on his YouTube channel. As always, his review is comprehensive and covers the exterior and interior design of the car before he heads out onto the street to see what it is like to drive.

Metcalfe opens up his review by mentioning that in recent months he’s also had the opportunity to drive the Lamborghini Huracan Evo and Ferrari F8 Tributo, allowing him to easily compare the 720S to them. He is immediately impressed with how refined the 720S Spider is, commenting that its cabin is quieter than a Porsche 911 and that its transmission works seamlessly when left in automatic mode. He is also very fond of the steering wheel and the digital instrument cluster.

When he starts to push the car a little harder, he does notice that there is some turbo lag, particularly if you’re driving it in comfort mode without using the paddle shifters. He adds that the rear wheels frequently struggle for traction but that’s not surprising consider how much power the car has.

The steering of the 720S Spider is also superb, Metcalfe reports. He says the electro-hydraulic system is much better than the steerings offered by Ferrari and Lamborghini, going as far as to suggest that it is “Lotus-like.”

While the 720S is a very expensive car, prices of lightly-used examples have plummeted in recent years, making it a bit of a bargain compared to its rivals.