Yes, the May 2 race at Kansas Speedway will be called the Buschy McBusch Race 400. This proves, at the very least, that Busch and NASCAR are cooler than the UK Government.

An homage to the famed Boaty McBoatface, the name was decided on by fans of NASCAR and Busch beer who voted on Twitter. Names were suggested by fans in the thousands. The only thing entrants had to do to enter their name was donate $1 to the Farm Rescue charity.

The name was one of four finalists selected by Busch Beer in March. They were The Busch Latte 400, Nectar of the Cobs 400, For the Farmers 400, and, of course, Buschy McBusch Race 400. Far be it from us to editorialize, but we think the best name won.

We’re down to 4 finalists, and we need your help to decide the final name for the @NASCAR Cup Series Race at @KansasSpeedway on 5/2.

Reply with your favorite below using #BuschContest. The one with the most votes wins! pic.twitter.com/z5xJ8FSTqX

The name will now be published on the official race logo, tickets to the event, on race merchandise, and it will even be etched into the grass at the race track. Wikipedia already has an entry with the name on it. And as Busch racer Kevin Harvick points out, the announcers will have to say the name while trying not to giggle. Should be a fun weekend.

“I thought it was cool back when Busch put my name on their can, but to offer fans such a unique opportunity while supporting our country’s great farmers, it’s clear why they’re the best sponsor in the game,” said Kevin Harvick. “I’ll be so pumped to hear Buschy McBusch Race all race weekend long, plus I get a kick out of just thinking about Bowyer saying it in a live broadcast!”

It’s made all the sweeter since the boat the race is referencing was actually renamed the RRS Sir David Attenborough after the UK Government decided that Boaty McBoatface wasn’t dignified enough for it. NASCAR, unburdened by an overabundance of dignity, decided no such problem existed for it. And we salute them for that. 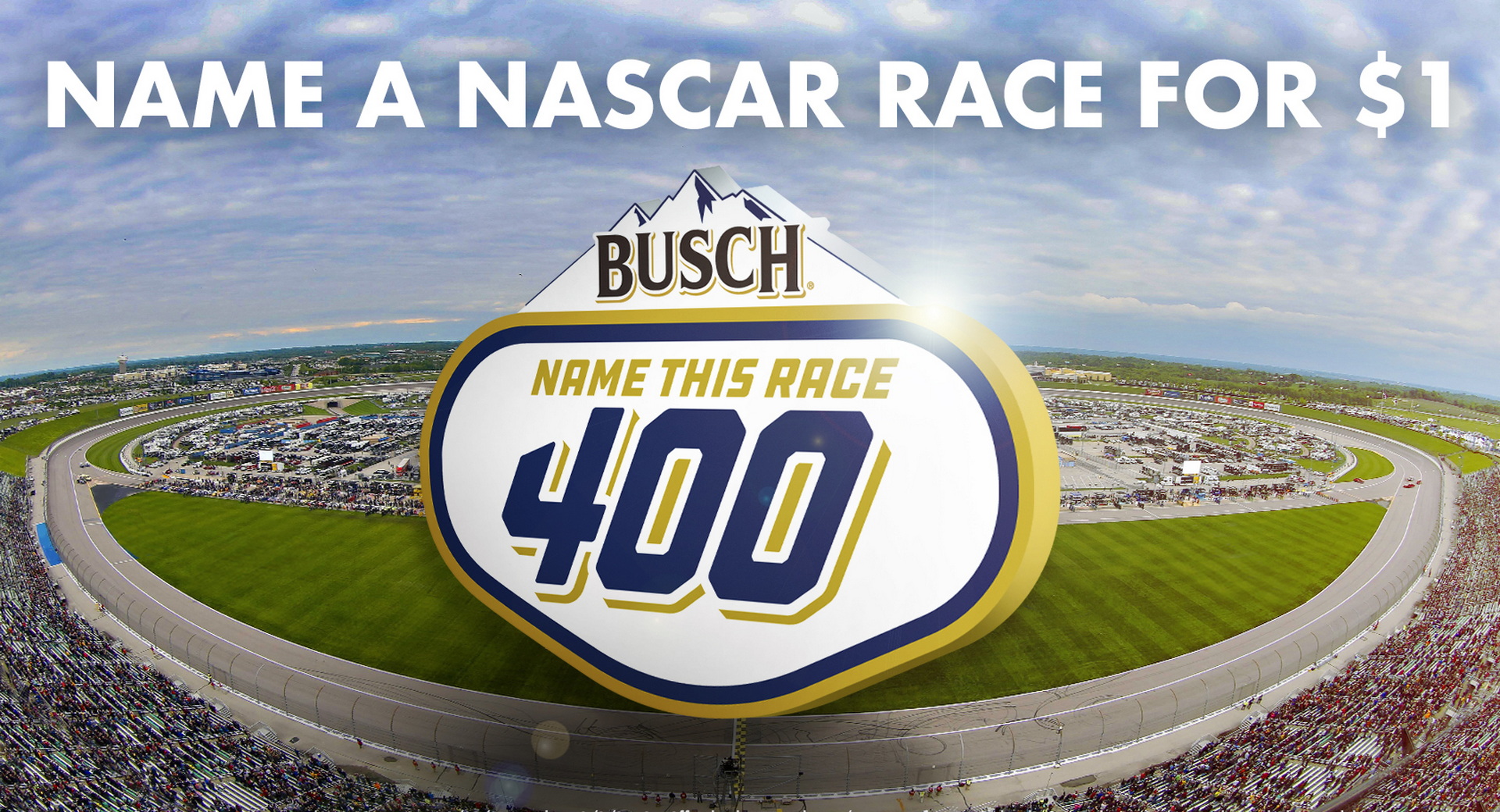