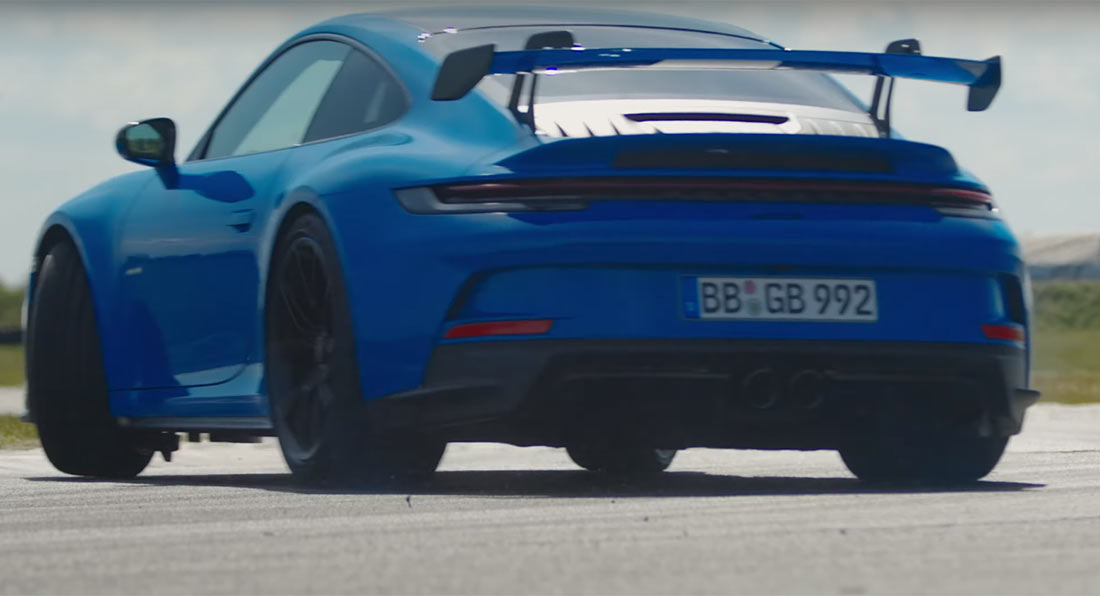 
The first reviews of the 2022 Porsche 911 GT3 have started coming in and before you ask, yes, it is obvious that the German automaker has done a superb job making this new car even better than its near-perfect predecessor.

When launched, many of the headlines related to the new 911 GT3 were about its 4.0-liter naturally aspirated flat-six. This engine is a screamer and pumps out 502 hp and 346 lb-ft (469 Nm) of torque but isn’t really all that different from the engine used by the 2019 911 Speedster.

This engine comes coupled as standard to a seven-speed dual-clutch PDK transmission but customers can order a six-speed manual at no extra cost. The bright blue example featured in these reviews had the PDK, meaning we don’t yet know what the manual version is like to drive.

One of the most significant upgrades made to the new 911 GT3 is the fitment of a double-wishbone suspension at the front end. This setup minimizes lateral wheel movements and when you corner, the outside tire gets more negative camber while the inside tire gets more positive camber, keeping the tires flatter on the ground, increasing the contact patch and, thus, grip.

In the review from The Smoking Tire, Matt Farah does state that the suspension is firmer than the 991-generation GT3 so it wouldn’t be as easy to daily drive. In contrast, Chris Harris says that despite the spring rates being twice as firm as the old car, this new one actually has a more compliant ride, helped by the double-wishbone front suspension.