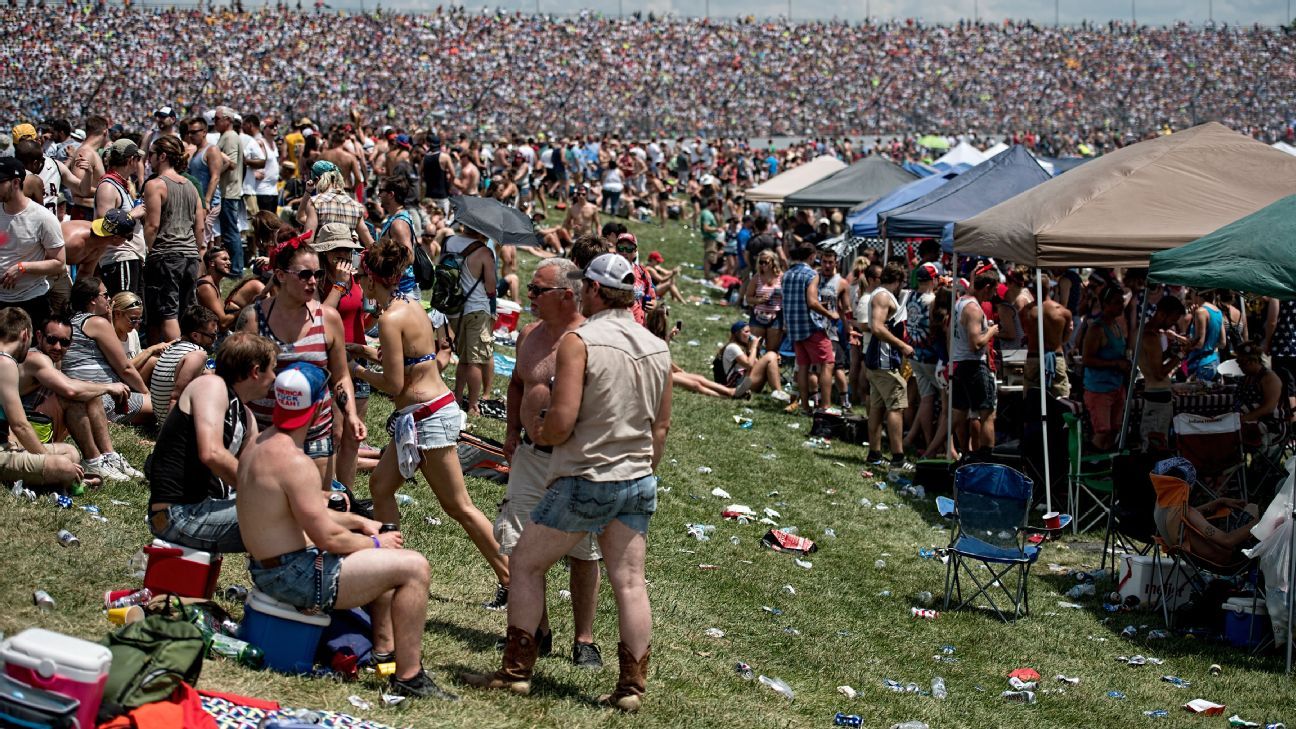 The Indianapolis 500 is set to be the largest sporting event in the world since the start of the pandemic with 135,000 spectators permitted to attend. “The Greatest Spectacle in Racing” next month.

Indianapolis Motor Speedway said Wednesday it worked with the Marion County Public Health Department to determine that 40% of venue capacity can attend the May 30 race on Memorial Day weekend. The speedway is the largest sporting facility in the world with more than 250,000 grandstand seats and the ability to host close to 400,000 on race day throughout the entire property.

The attendance figure was determined after Indianapolis hosted the NCAA men’s basketball tournament through March and into April with limited attendance. The NCAA allowed 8,000 fans at Lucas Oil Stadium for the April 5 men’s championship game.

Roger Penske, in his second year as owner of Indianapolis Motor Speedway, had hoped for full attendance, but IndyCar and speedway officials are taking pride in the upcoming milestone.

“This event and this place means so much to everybody we see every day and we hear from every day, whether they are Hoosiers or race fans from around the world,” Mark Miles, president and CEO of Penske Entertainment Corp., told The Associated Press.

“We feel a real responsibility to protect that legacy and to grow it and to have the race,” Miles said. “We’re ready to take the next step in bringing back the economy and a lot of that in this city and state is driven by sports events which has been shut down for so many months. March Madness was incredibly successful, this is the next step and it just so happens this will probably be the biggest sporting event of the year.”

The speedway will be open to spectators every day cars are on the track beginning with the May 15 road course event. The viewing mounds in the infield will be closed, and general admission infield tickets will not be made available.

The infield’s raucous “Snake Pit” will be closed and all the traditional concerts will not be held, including on Carb Day and Legends Day. There will be suite seating and the Pagoda will be open to those with tickets, but the midway will be closed.

Grandstand seating will be socially distanced; fans will have an option to return their tickets for an account credit.

Face coverings will be required on track property and temperature checks will be given at the entrances. IMS will also extend its vaccination clinics through the end of May with the ability for spectators to receive a vaccination on speedway grounds throughout the month.

Miles anticipated about 60% of those in attendance will have been vaccinated. IMS has vaccinated approximately 100,000 people since it began operating as a site.

“Roger Penske and everyone associated with Penske Entertainment and the Indianapolis Motor Speedway have been incredible partners with us throughout the pandemic,” said Indiana Gov. Eric Holcomb. “It is high time for fans to return to the greatest motor speedway in the world with this safety plan in place.”

Miles said 90% of the IndyCar paddock had been vaccinated by last Sunday’s season opener and there are two more opportunities for competitors to get shots before racing begins at the speedway. Those who choose not to be vaccinated before the track opens May 18 for Indy 500 preparations will be required to undergo daily COVID-19 testing.

The world is hungry for lithium. Geothermal energy could transform how it’s sourced
Shares of autonomous driving tech company Luminar surge on Mercedes-Benz deal
GM threatens action against any dealerships attempting markups on upcoming EVs
Nikola’s founder wants a look at vehicles U.S. says he lied about
Owner Of Ford F-150 Platinum Shows How To Not Use A Boat Ramp