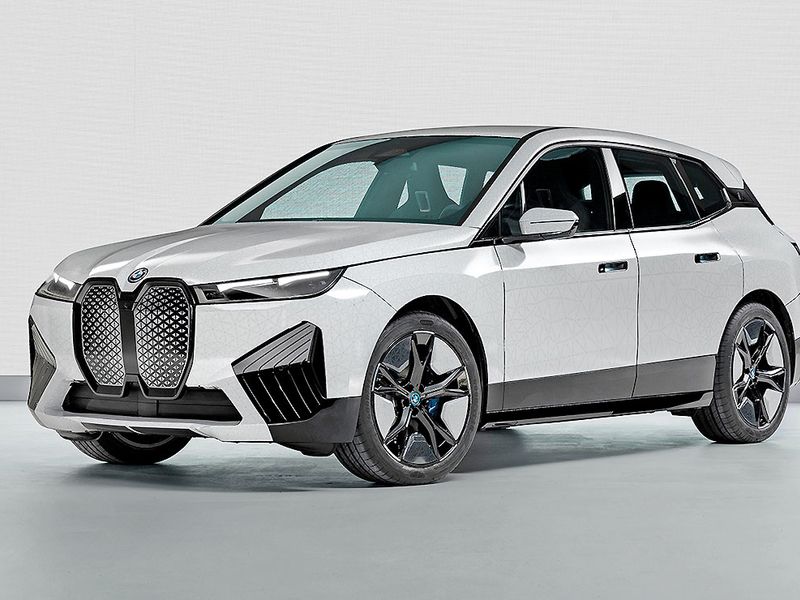 For more than a decade, BMW, Mercedes-Benz and Lexus have battled for the U.S. luxury sales crown. And for 2021, BMW won for the third time in a row. Mercedes held the title for the three years prior — and so on back to 2010 when Lexus triumphed.

But the perennial luxury champions are looking in their rearview mirrors as California-made Teslas are coming up fast.

Tesla doesn’t break out its U.S. sales, making year-end comparisons challenging. But vehicle registration data — due in the coming weeks — likely will show a fourth-quarter Tesla surge that challenges the traditional luxury order.

For 2021, based on reported sales results, BMW has declared victory in the U.S. luxury race with 336,644 sales. Lexus came in at 304,475, and Mercedes reported 276,102. For Tesla, all the industry currently has are third-party estimates. But the Automotive News Research & Data Center estimates Tesla deliveries at 313,400 — that would put the young electric vehicle maker in second place for 2021.

It was a difficult year for all automakers. But BMW outperformed rivals amid the difficulties, with sales rising 21 percent. Lexus sales rose by 11 percent and Mercedes eked out a 0.4 percent gain.

“We had the right quantities [of chips] committed early on for 2021,” Nota said. “We had strong end-to-end operational performance — from procurement to sales.”

The chip shortage kneecapped Mercedes’ sales last year, leading to its meager rise in deliveries. In a statement Friday, Jan. 7, the automaker said chip supplies remain volatile, with the shortage expected to “impact the upcoming quarters in terms of production and sales.”

Jeff Aiosa, owner of Mercedes-Benz of New London in Connecticut, said that for parts of 2021, it was “just-in-time inventory” for the brand.

“Vehicles were delivered almost as quickly as they arrived on the carriers,” Aiosa said.

The sports car brand delivered 70,025 vehicles, up 22 percent from last year and 14 percent above the previous record set in 2019.

Infiniti, Lincoln and Alfa Romeo ended the year down, with Infiniti sales sliding the furthest, by 26 percent. The biggest luxury-brand gain was posted by Genesis, which tripled sales to 49,621.

But the gorilla in the room remains Tesla: Sales were up 65 percent, Automotive News estimated last week in the absence of official data.

“Tesla has made its mark as an industry disrupter but has also shown that a compelling product can even turn the heads of buyers who may have been long-term lessees of big luxury nameplates,” said Jessica Caldwell, executive director of insights at Edmunds.

“Buyers with high incomes want a vehicle that stands out or shows status, and that is something that new EV brands like Lucid or even Rivian can capitalize on this year,” Caldwell said.

The 2022 outlook for Tesla is particularly promising since it will soon open new vehicle factories in Austin, Texas, and Berlin, which should help alleviate capacity constraints.

But long-term success is not guaranteed.

More-established automakers are looking to cash in on premium EVs, and some analysts see them turning the tables.

“The competition among luxury automakers is only going to get hotter, and while Tesla has the majority of the upscale EV market share, I don’t expect that to last long,” said Robby DeGraff, industry analyst at AutoPacific. “Tesla’s lineup is stale and continues to be plagued by inexcusable quality issues that consumers won’t likely find on products from BMW, Mercedes-Benz, Audi or Lexus.”

Caldwell from Edmunds said that some of the smaller luxury brands have made big strides in recent years, a fact sometimes obscured by Tesla’s rapid rise.

“Since 2015, Volvo sales have shot up 75 percent while Porsche is up 34 percent. Genesis, a somewhat new brand, closed 2021 with nearly 50,000 units sold, which puts them precariously close to the more established Infiniti at 58,000,” she said.

“Of course, chip shortage woes can factor into some of these numbers,” Caldwell cautioned. “But they overall reflect the fluidity we are seeing in this space.”

Honda Accord And Chevrolet Suburban Mashup Is Mad Max Material
GM to invest $6.5B for EV and battery production facilities in Michigan
Four dealerships sold in Mo., Pa., Ariz., and Ohio
$3M Ferrari Enzo Destroyed After Crashing Into A Tree, Possibly During A Test Drive
Lotus explores electric-car battery partnership with Britishvolt